Below is a small sample. Our Blogs contain much more.

"I was delighted to find this. You guys are scientists and spiritualists. Kudos!"

"Simplicity is a great virtue but it requires hard work to achieve it and education to appreciate it. And, to make matters worse: complexity sells better." -- Edsger W. Dijkstra

"Perfect" human hearing spans frequencies 20 Hertz to 20 kiloHertz, a range of 11 octaves and larger than any musical instrument. It is also finely sensitive to air pressure modulations over many orders of magnitude, from as minute as 20 micropascals (the "noise of silence") to over 150 deciBels (a jet engine at 100 feet). Hearing is our most perceptive sense by far. At least one-third of the human brain is related in some way to sound perception or creation. Sound is intrinsic with life.

"We are what we repeatedly do. Excellence, then, is not an act, but habit." ~Aristotle

"If you want to find the secrets of the universe, think in terms of energy, frequency and vibration." - Nikola Tesla

"...music seems to be the most immediate of all the arts...Music possesses us...it really is as if some 'other' has entered not just our bodies but our intentions, taking us over." - Robert Jourdain, MUSIC, THE BRAIN AND ECSTASY (1997), p 328

"Music directly represents the passions of states of the soul - gentleness, anger, courage, temperance...if one listens to the wrong kind of music he will become the wrong kind of person..." - ARISTOTLE, Politics, 8, 1340

"...through foolishness they, the people, deceived themselves into thinking that there was no right or wrong in music, that it was to be judged good or bad by the pleasure it gave...a spirit of law breaking." - The Laws of Plato, Vol III, Univ. Chicago Press, 700c 1980 p 86

"If one should desire to know whether a kingdom is well-governed, if its morals are good or bad, the quality of its music will furnish the answer." - Confucius

"The introduction of a new kind of music must be shunned as imperilling the whole state." - PLATO, REPUBLIC

"Music is the mediator between intellectual and sensuous life...the one spiritual entrance into the higher world." - Ludwig van Beethoven

"...[Oliver Heaviside] was a first-rate oddity. He was always half-ready to eat out of garbage cans. Basically...part of the reason why he died was that the neighbor kids stoned him with rocks, everyday. So he couldn't get out of his house. So Heaviside got to meet, like everyone else, the wonderful world of electrical study. If you go through all these inventors, you find out that electrical study really is the tale of Prometheus. You will be rewarded - ha! - the eagle will peck your liver, until you die. So, (chuckles) that is the way it works with the world of electrical study. It is not a business I recommend anyone getting into..." Eric Dollard

Added and updated fervently, all materials are presented in fair use for research and educational purposes. To prevent unrestricted dissemination of certain copyrighted materials, login may be required for access. Items posted are for educational and research purposes and do not necessarily represent our viewpoint. Don't overlook the Audiology Musicology Blog which also contains much quality information; newer materials usually appear in the blog before being added below.

Tubes Vs. Transistors, from newsletter #47 of The Absolute Sound magazine:

"... if you want to try to break across the border into something approaching realism, I still think you have to use tubes." --Harry Pearson, editor

"... what you almost never get out of a solid-state piece of equipment is a sense of continuousness..." --Harry Pearson

"... there is a subtle but unmistakable sense of roundedness and solidity that tubes have..." --Paul Seydor

"... [tubes] give you the sense of having much more power. A 60-watt solid-state and a 60-watt tube amp never sound equivalent in terms of power." --Harry Pearson

"You can tell some things from measurements ... but that tells you nothing about how the amplifier communicates the music. You get that from listening." --Robert Harley

"Where amplifiers are operated at high signal levels, other mechanisms of dynamic distortion ebcome significant. Nonlinear delay modulation (NLDM) of the signal will occur due to the dynamic variation of transistor parameters with signal: Modulation of collector-base capacitance with collector-base voltage, the shift of small-signal bandwidth with collector current, and general parametric changes when devices are thermally exercised are all contributory factors. ...

"Specifically the area of greatest concern is that of subjective clarity or what may be usefully described as signal transparency: the ability to resolve fine signal detail, especially in the presence of complex high-level signal components. There appears to be a distinction between distortion mechanisms that "color" the signal, thus adding their own character, and distortions that corrupt fine signal detail.

"...low-level signals in transistor stages are associated with extremely small transfer of charge into the base of the input transistor. The basic analysis indicates that...the signal amplitude generally has greater effect on the charge transferred for recombination than that charge having direct control of the collector current... Nevertheless both calculations yield results of only a few electrons. We therefore propose a theory that partial signal quantization is the fundamental process that sets an inherent bound to signal transparency through a transistor stage. Both equations...support the probably existence of significant granularity...a form of amplitude quantization and...and association with 1/f noise. It is also proposed that signal interaction with inherent nonlinearities in transistors, together with even small levels of interference from power supplies, neighboring circuitry, or undesired signal coupling (such as poor ground line design), can easily corrupt such minute signals and that such corruption should be interpreted as modification to these low charge levels."" 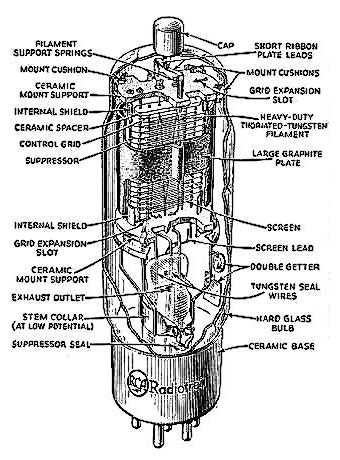 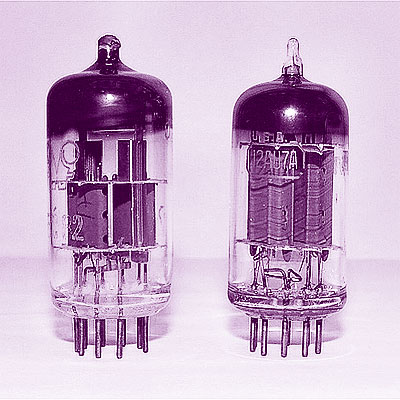 Like many audiophiles, Sprey believes that translating music into numbered code creates a concoction that is cleaner than it is real, too perfect for people, sound with no soul. "Digital is like a horrible step backwards," Sprey says. "You have to use your ear to sort out where the new technology helps the music and where it hurts...especially with the most expensive and most complex stuff that conventional studios are using."

"Essentially, all the technology you have today works to hurt the music. ... It makes life convenient for engineers [and consumers]. It allows ... people who can't make music very well ... to sound pretty good. ... But all those electronic bells and whistles - the extra reverb, the extra equalization, the compression, all those things ... take a little life out of the music. And by the time you've applied 50 or a hundred of those things, the music doesn't sound anything like it would if it were played in your living room. ... Digital is like a horrible step backwards. ... You have to use your ear to sort out where the new technology helps the music and where it hurts."

What used to be called the "record business" ... quickly grew to become the "record industry," and now is metamorphosing into global conglomerations like Time Warner and MCA. As a result, Sprey claims, decision-makers at the major labels are so far removed from the creative process that the artists they choose to record are often as ill-prepared as the recordings themselves. 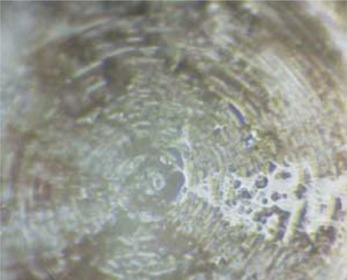 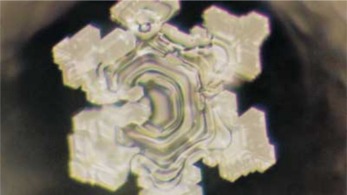 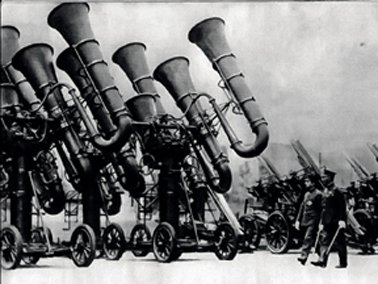 The weaponization of sound: TED Talk video with an inventor of silent sound spread spectrum type technology. Sound that doesn't emanate from the speaker surface but materializes from high-frequency beat patterns in the air along along a LASER-straight, focused beam that does not fade with the inverse square law or suffer air-related distortions. Pinpoint sound destinations. True binaural playback at great distances. Turn up above about 80dB and the air itself begins to distort the sound being transmitted, in fashion of doppler modification.

"War is the principal motivational force for the development of science at every level, from the abstractly conceptual to the narrowly technological. Modern society places a high value on "pure" science, but it is historically inescapable that all the significant discoveries that have been made about the natural world have been inspired by the real or imaginary military necessities of their epochs. The consequences of the discoveries have indeed gone far afield, but war has always provided the basic incentive." --Report From Iron Mountain

... a story describing how a 13-year-old Norwegian boy was saved from a wolf attack by playing a Megadeth song on his phone. More details have emerged and it turns out the boy actually prevented the attack by playing a tune by Creed. Walter Eikrem, who lives in the town of Rakkestad, was walking home from school when four wolves entered his path. Eikrem was listening to Creed's "Overcome" and he decided to remove his headphones and turn the volume up to try and keep the wolves away, according to NME.com. He said that the animals "didn't really get scared, they just turned around and simply trotted away." Although wolf attacks are not common in Norway, the animals are often spotted in the countryside. Eikrem remembered some advice he had learned previously about how to survive a wolf encounter: "The worst thing you can do is run away because doing so just invites the wolves to chase you down," he said.

See also Michael Walton's research into cymatics, and watch John Stewart Reed on TED: "An almost magical tool...a looking glass into a hidden world. ...sound does have form, and we've seen that it can affect matter and cause form within matter..." 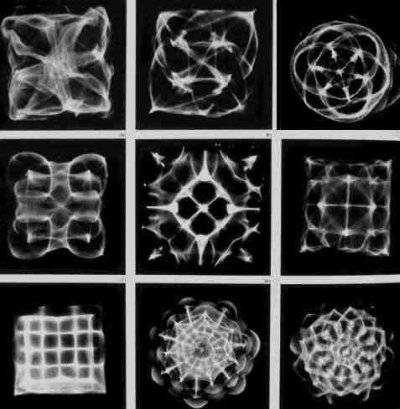 See also Dr. Len Horowitz on Coast to Coast, and see DLH website and i528tunes.com which offers original music performed in C528 and also offers "autotune"-like remapping of A440 music to C528.

Graph showing volume level of 1983 CD: sound is not highly compressed or "maximized": notice the relative differences among the peaks and troughs and how the signal does not fill the entire graph: There is headroom.

How long do you enjoy listening, when everything is screaming loud?

Graph showing volume level of 1999 CD: sound is totally ruined: notice how everything is shouting loud (and therefore nothing is relatively quiet) and how the signal is pushed unnaturally (and unpleasingly) to fill the entire graph. When the music blares at full blast no matter the number or volume of instruments is it still music? At least one entire dimension is lost, compressed into homogeneity. 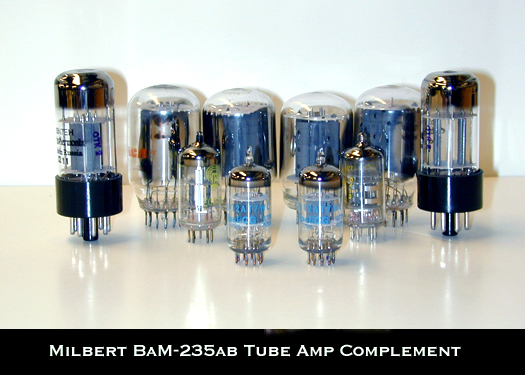 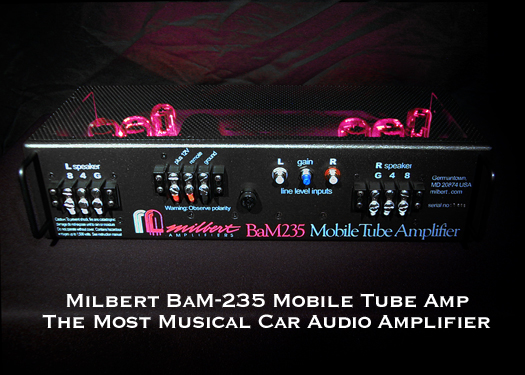 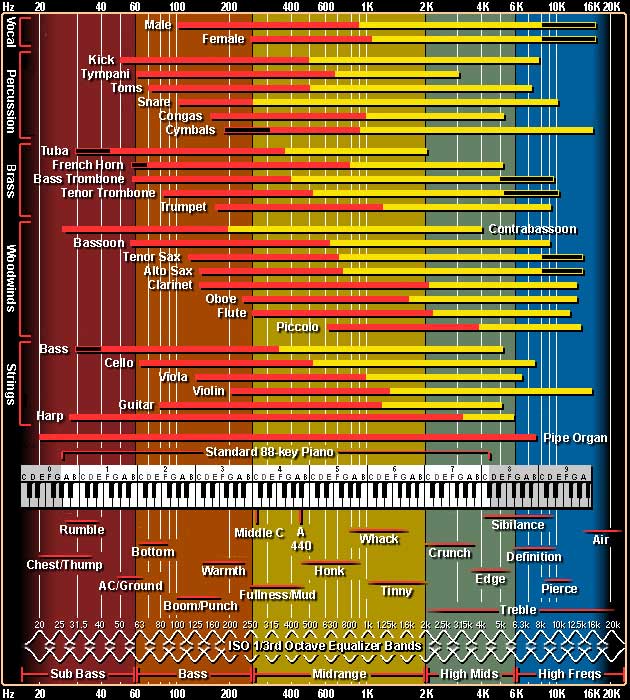 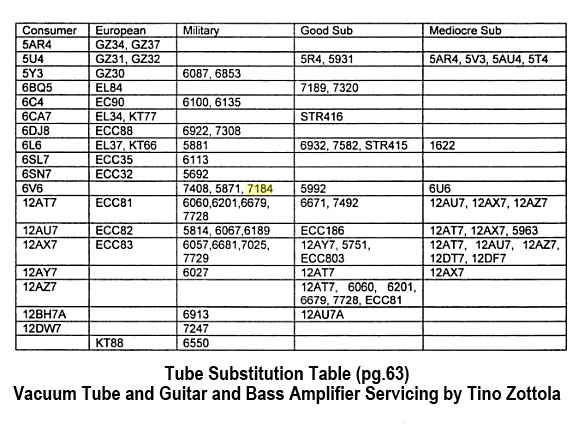 In 1916, Hawaiin music albums were outselling all others in the USA.